What is human trafficking?

Human trafficking is a human rights violation! It is a lucrative criminal enterprise where people are treated as commodities to make a profit for traffickers. Victims may be forced to sell their bodies sold for sex or provide labor services. This is a serious international problem. Men, women and children are bought and sold every day in the United States, and sadly, Houston has been identified as a hub for this criminal activity. Fortunately, Houston and all of Texas are leaders in the fight against human trafficking. 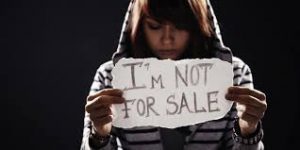 Sex trafficking occurs when a commercial sex act is induced by force, fraud, or coercion, or in which the person performing the act is under the age of 18. Sex trafficking occurs in a number of venues, including the internet, street prostitution, illicit massage parlors, cantinas, and other sexually oriented businesses. Victims are bought and sold through force, fraud, or coercion and may be lured as vulnerable children into a life of prostitution. The demand for commercial sex fuels this criminal enterprise, and in Houston, the demand is high. Our community is home to over 300 illegitimate sexually oriented businesses, and hundreds of internet advertisements are posted for commercial sex in Houston each day. Human trafficking and sexual exploitation are hiding in plain sight, and the first step to combatting the issue is for community members to become aware of the issue in their own backyard.

Labor trafficking occurs when individuals are forced or coerced into working against their will. Physical and psychological control are used to make victims work long hours for little or no pay. The International Labor Organization estimates that over 14 million individuals worldwide are victims of labor trafficking. Demand for cheap labor fuels this industry, and in December of 2014, the U. S. Department of Labor identified 136 good produced globally through child labor and forced labor. This slave labor taints the supply chains of goods produced and consumed in our country. Labor trafficking also occurs on our own soil, and victims often go unidentified. Common venues and industries for labor trafficking in Texas include traveling sales crews, domestic work, construction, agriculture, and health and beauty services.

DONATE
GO
The final words of Jesus were “…to the ends of the earth” (Acts 1:8) and God’s heart is still for those who have never heard the name of Jesus. Decide to go! Decide to give! Touch the heart of God!
GET INVOLVED