Inform…information that leads to change! 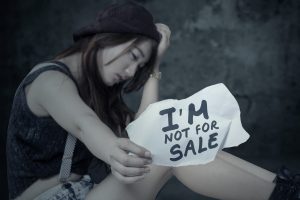 Dare we be content…and do nothing!

1.   There are an estimated 27 million slaves in the world today…more than any other time in history. The National Human Trafficking Hotline reported 22,191 sex trafficking cases inside the United States.  In 2016 there were 670 reported cases in Texas (433 in 2015)…most of them in Houston and surrounding areas.

2.   There are more than 300,000 victims of human trafficking in Texas. Included in this number are 79,000 minors and youth victims of sex trafficking. Children under the age of 18 years represent between 40% and 50% of all forced labor victims.

3.   Human trafficking is tied with the illegal arms industry as the second largest criminal industry in the world…and is the fastest growing. Only drug dealing is larger. The average cost of a slave is $90.

4.   Worldwide there are nearly two million children trapped in commercial sex trade. They are abused, raped, drugged, and “used” every day. The average age that a teen enters the trafficking world in the United States is 12 to 14 years old.

5.   It is estimated there are between 600,000 and 800,000 children, women, and men trafficked across international borders every year.

6.   Approximately 80% of human trafficking victims are women and girls and up to 50% are minors.

7.   The total market value of illicit human trafficking is estimated to be in excel of $32 billion.

9.   It is not uncommon for girls in brothels in India to serve ten or more men every day.

10.    There are 147 million orphans and at-risk children around the world who are easy targets for human traffickers.

The final words of Jesus were “…to the ends of the earth” (Acts 1:8) and God’s heart is still for those who have never heard the name of Jesus. Decide to go! Decide to give! Touch the heart of God!